At 32 years old, American actress Annie Starke carves her own path through Hollywood as demonstrated by her ever-growing resume. From her off-Broadway debuts to her breakthrough television role in Ryan Murphy’s hit series Ratched, Annie gets candid on the rise of her career while reminiscing over the challenges surrounding her family’s footprint in an industry she slowly but surely intends to conquer on her own.

“I hate being late, I’m so sorry,” Annie first tells me as she appears on Zoom. Some plumbing problems seem to be responsible for her delay while her lovely Labrador will later interrupt our conversation in the most amusing way by digging a hole. “The glamorous life I live,” she laughs. I had the opportunity to exchange with a down-to-earth and laid-back Annie Starke at a time when the world was (and still is) facing a pandemic which particularly impacts the film industry she is in. But she remains optimistic. “I hope that lessons are being seriously learned and I am excited to see some of those scripts written by people locked in their house,” she declares. Falling for a script is Annie’s main interest when it comes to approaching a role. This mindset led her to get involved in the 2017 feature film The Wife based on the eponymous novel written by Meg Wolitzer — which Annie highly recommends. Brought to the big screen by American screenwriter Jane Anderson and Swedish director Björn L. Runge, the movie centers on the aftermaths of a woman who spent her life supporting her husband’s writing career while he’s set to receive the Nobel Prize in Literature.

In the movie, Annie shares the lead role of Joan Castleman with her real-life mother, Glenn Close, as they both play the protagonist at a different time of her life. Interestingly, Annie’s first answer to joining The Wife alongside her mother was an irrevocable “no.” She explains, “It felt like an insane concept. Here, I was put in such a weird position.” Involving the mother-daughter duo was not initially planned when the film — which took fourteen years to make — was in preparation. “Little movies are really hard to get made. But it did get made. I think there is a wonderful kind of army behind independent films and television, and I hope that more opportunities are dished out with the emergence of the streaming,” Annie says about the time-consuming process of getting The Wife made. Ultimately, the game was worth the candle as it mostly received rave reviews praising its beautiful performances. “I’m so glad and proud I did it because not only was it a beautiful experience to work with somebody in my family who I love and respect so much, but it was a wonderful learning experience, especially with Björn [L. Runge],” she admits. 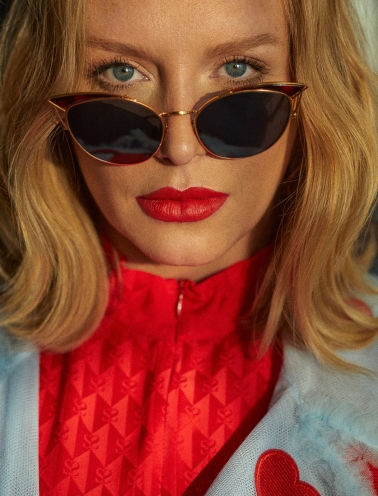 Yet working on this specific film felt particularly exacting for both Annie and her mother. “It was a huge challenge for us because we wanted the progression of the character to be as seamless as possible,” she starts, before confessing that The Wife’s storyline had a much deeper and personal meaning to her mother and herself. “What we really focused on was drawing enormous experience from both of my grandmothers.” Just like the character of Joan Castleman in the movie, Annie’s foremothers spent a lifetime without being able to fully embrace their brilliance as they were “victims of the 1950s mentality.” While her paternal grandmother — a chemist — was let go after getting pregnant, despite her active work on the Manhattan Project, Annie also shares that her maternal grandmother has been “very vocal” towards the end of her long life about feeling “unfulfilled and frankly unsupported.” Therefore, shooting The Wife set the bar pretty high. “You don’t want to mess up when you are thinking of your own grandmother,” Annie concludes. Such performances were the ideal way to do them and the countless other Joans justice.

As a result, Annie’s performance caught the attention of Sarah Paulson which led Annie to her next major project Ratched — starring Paulson who plays the lead role. “She reached out to me very randomly after seeing The Wife and coincidently, I had auditioned for a part on the show,” Annie reports. “She’s entirely the reason [why I was cast]. Always read your DMs!” Created by Ryan Murphy and based on the character of Nurse Mildred Ratched from the iconic literary and cinematic story of One Flew Over the Cuckoo’s Nest, the Netflix series follows the title character in the fictional asylum of Lucia State Hospital where new and quite unorthodox medical treatments are tested on patients. In the show, Annie portrays Lily Cartwright — a patient seeking treatment for her lesbianism. Although it was a pleasant experience for Annie to be a part of such a project, she kept in mind the whole time that the joy of embodying a character like Lily on-screen is thanks to the pain endured by many others in real life. When asked about the way she managed to put herself in Lily’s shoes, Annie answers, “So many of my dearest people in my life are members of the LGBTQ+ community so I put an enormous pressure on myself to do Lily justice. Honestly, it was horrible what they were put through back then in the medical world — gay people and people of difference, whether it was schizophrenia or lesbianism. And till this day, there are some states that still allow gay conversion therapies. So I had to go to a very dark and deep place to play Lily. But I just really love her so much because despite all the violence and torture, she still pursues love. I think that it is a beautiful thing.”

“I don’t know how I got so lucky to be there. Working with Judy [Davis] was amazing — she’s an amazing actress to watch working and it was a terrifying pleasure to have her look down on myself,” Annie starts saying on the powerful and inspiring cast of Ratched. Additionally, she learned a lot from Sarah Paulson on set. “I adore her and she is the coolest. She is not only incredible but the nicest person and an amazing leader.” On working under the direction of Ryan Murphy — she praises his will to surround himself with diverse talents. “I just want to call out [Ryan Murphy’s] wonderful support of people behind the camera — especially women but whoever — doing roles that used to be for white men,” she says, before adding, “People on the sound department, people dealing with the equipment or doing set design… He surrounds himself with geniuses and he really fosters talents, truly.” Unable to tell much about the future of the series, Annie expresses she wishes to see her character back for a second season. “Let’s explore her — she’s a lobotomized lesbian in the 1950s,” she laughs. 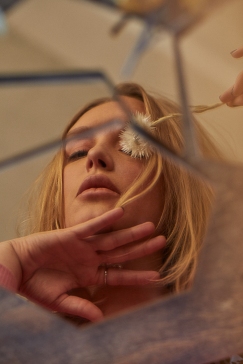 Growing up in the film industry, it’s no wonder that Annie was destined to become an actress. However, not only did she keep it a secret for quite a long time, but she also tried to talk herself out of getting into it years before taking acting classes and auditioning for off-Broadway productions. “I went to college fully hoping I would pursue something else because I know how tough [this industry] is. Not only professionally but also personally — I knew the good and the bad, the crazy and the ugly,” she explains, before immediately adding, “But I knew what I wanted to do my whole life. [Being an actress] was always something that I just knew.” Despite not having made a living out of her art history studies — a discipline that she is still “obsessed” with — Annie feels “very lucky” that she had the opportunity to go to college, especially since it was “so important” to her parents and a “great learning experience” eventually. “I’ll pay my parents back,” she jokes. Her decision was “no surprise at all” to her parents. “They know me,” she clarifies.

“Both of my parents are enormously passionate about what they do and they strive to be the best, and they are. They have graciously passed down to me the lessons they’ve learned,” Annie says. Benefiting from her parents’ know-how seems to be the only thing she allows herself to use from them. “I’ve struggled in this town for a long time and I’m fiercely independent as one should be in any profession. I have a visceral aversion to nepotism and I would never want to be viewed as somebody who rides on coattails.” Throughout our conversation, what I believe did strike the most while listening to Annie was her deep-rooted passion for acting — hence the decision to end this piece with her following words: “It’s a hell of thing to be able to do something that not only makes you so happy and content, but truly something that I feel the most myself doing. I think that it’s a very unique thing in the world and I do not take that for granted.” 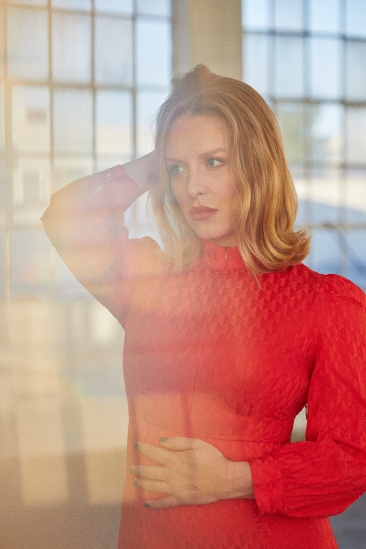 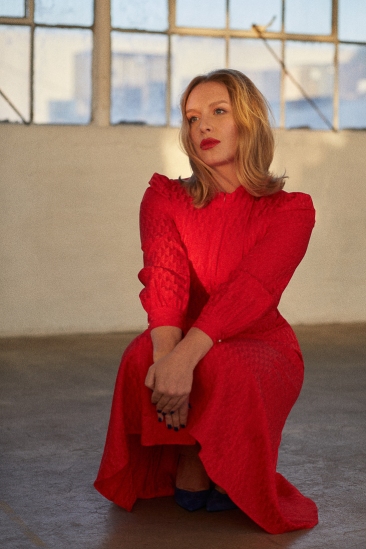 RATCHED IS NOW STREAMING ON NETFLIX