This feature is taken from Grumpy Magazine’s ISSUE NO.16, available now in digital and print worldwide

At 17, Wyatt Oleff is part of the next generation of young stars who will one day rule Hollywood. With his roles in successful movie franchises — including marvel’s Guardians of the Galaxy and horror classics IT and IT: Chapter Two adapted from Stephen King’s 1986 novel — he has become an up-and-coming talent to watch. Wyatt stars as the male lead in Netflix’s I Am Not Okay With This opposite Sophia Lillis, bringing to life another character named Stanley who is described as “adorably awkward but cool.” A few weeks before the show premiere in February, we invited Wyatt’s fellow IT co-star and best friend Jaeden Martell for a phone conversation with him. The two actors sat down to offer us a window into the mind of a young rising star growing up in the industry.

This interview has been edited and condensed for clarity. This is only an extract. 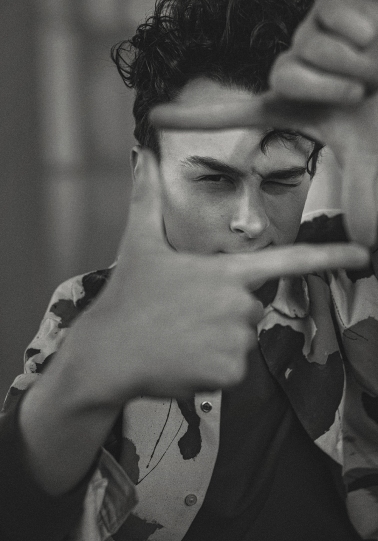 SET: DEATH TO TENNIS // ROLLNECK: COS 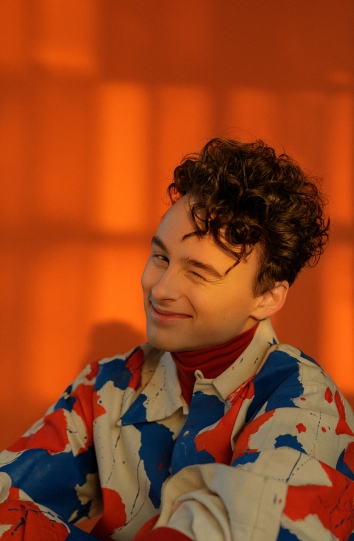 JAEDEN MARTELL: First of all, the most important question — who’s your favorite co-star from IT?

WYATT OLEFF: We all got along so well, so it’s hard to pick favorites in that cast. I wouldn’t say I value one more than the other — I’d have to say all of them equally. [It’s] like choosing your favorite son or child, which I don’t have to do yet.

JM: We’ve been friends for four years now, and I’ve been able to watch you grow as a person and actor. How do you think that working in this business has changed you? Would you be the same person without it in your life?

WO: It’s hard to tell whether or not my life would have been different without it. Obviously, a lot of the events that happened wouldn’t have happened. If I didn’t do IT, I wouldn’t have met any of you guys. If I didn’t do I Am Not Okay With This, I wouldn’t have worked with even more amazing people. I couldn’t be more grateful. But in terms of how the industry has changed me, I hope it’s made me a little more confident in myself, and a little better at talking to people. But I hope it hasn’t changed any of my fundamental ideals, because I want to stay as grounded as possible. We all made that promise when we first filmed IT — to keep each other together. I feel like we’ve been pretty successful on that. I just hope that every change that it gives me is positive and all these experiences lead me to become a more complete person.

JM: How is your connection to Sophia Lillis important to [I Am Not Okay with This] and how much did it help that you already had a relationship with her?

WO: It’s lucky that we’ve worked together before because the characters have such an interesting dynamic — one that reflects our dynamic as well. There’s a lot of scenes where we’re just hanging out, talking, and laughing together. Those are all very genuine. It’s because we’re so comfortable with each other, that we’re able to act so close together. I feel like it’s hard to put two actors in a situation together and act like they are really good friends now. 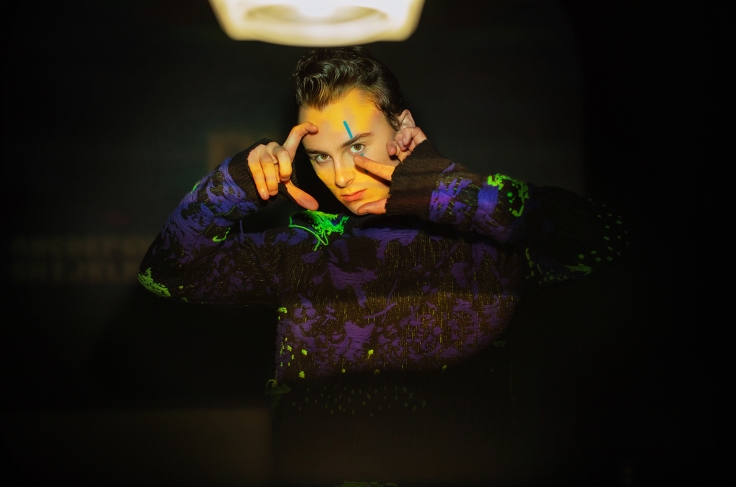 JM: Do you think that you feel a certain pressure growing up in the film industry, and growing up in an age where social media has such a large presence?

WO: Yes — I think social media is such a new thing that it’s hard to really understand what the long-term effects of it are. Personally, I understand why people feel like they’re living under a microscope because they get recognized in public. I feel like you don’t really have to be on social media, but it’s an excellent networking tool. It’s this kind of toss-up where you want to share your experiences with people who respect you. But you also don’t want to share too much of yourself. It’s also important for me that I communicate my voice through that. So I don’t really have a conclusion for it yet, we’ll have to see what happens as time goes on.

JM: This is harder than I thought it would be, by the way [laughs]. You’ve been doing this for such a long time and started at a really young age. Can you describe the evolution from being a child actor and eventually becoming an adult actor?

WO: Like you said, I’m not exactly an adult actor yet, so this is like my middle of the journey kind of perspective. I didn’t really work with people my age until IT. I didn’t really get a lot of opportunities to act with other actors my age on set because I was under 13. I guess IT brought me into this new world, which also not really alienated me from my school life because I still go to school and people treat me normally. But it’s definitely different from how everyone else usually grows up. When people are talking about jobs and working with adults, I know all this stuff. Right now I’m in a good spot, and hopefully, I continue to be in a good spot as I grow older. That’s a really good question, but I’m not sure if I have a concrete answer for it yet.

JM: But if you weren’t in the film industry, is there another career that interests you? Is there any passion that you have besides acting or filming?

WO: I haven’t had a lot of time to think about other career options, because I’ve been so focused on acting for all these years. I’ve pretty much decided that this is something I’d like to really do for a lot of these upcoming years in my life. But something that has always interested me is psychology. Telling stories is something I like to do — if I could do it [in] any medium. It’s a loophole to your answer, but maybe a graphic novelist if I was going to draw.

JM: That makes sense because storytelling is such a big part of your life. I feel like a large part of being an actor is allowing yourself to be vulnerable, and forgetting about the cameras and crew. Do you ever find yourself anxious in front of the camera? If so, how do you break out of that shell?

WO: Great question — I don’t think there are any cameras necessarily on set that I get nervous in front of. I’m there to do my job, and I’m just happy enough to be there. Actually, the only time it really makes me nervous is maybe in public, because it has happened before — when people take pictures or film you without your consent. Sometimes it’s weird because you notice, then they don’t notice that you notice, and there’s a whole thing there. It has happened once or twice, in front of crowds, like when we went to the MTV Music and whatever Awards, and we got that on-screen team thing. I was nervous for that. Maybe it was more because of the people surrounding us rather than the cameras.

JM: My next question would be, who are some of your biggest film inspirations including actors and filmmakers?

WO: First off, I’d say all my friends and all the people that I’ve worked with throughout my time as an actor, have all inspired me in their own ways. And I want to thank every single person that I’ve worked with — including you, Jaeden. You’ve inspired me to keep going. To see all you guys do all your separate projects and continue to work inspires me to work as well. [As for] specific names, I’ve newly grown fond of Sam Rockwell and all of his roles. His characters are not always the most important, but they always complete the story in some sort of way. I really admire that he’s able to do that.