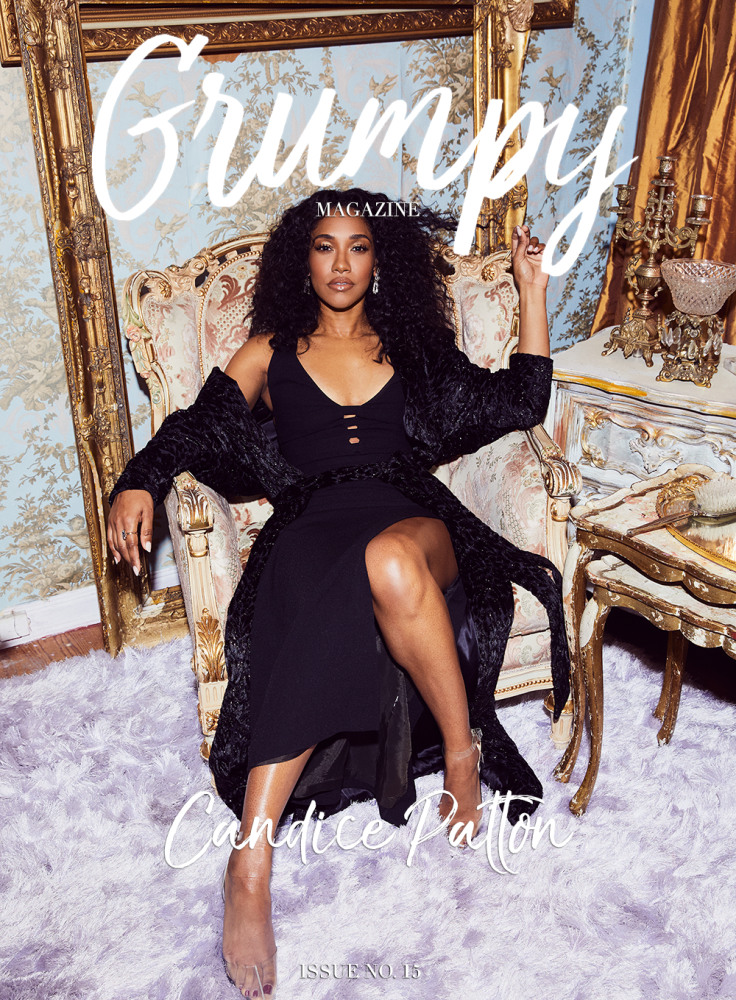 This feature is taken from Grumpy Magazine’s ISSUE NO.15, available now

Leading one of the most popular superhero television series of the decade, Candice Patton is grounded, kind-hearted and filled with gratitude. Since 2014, she has had our eyes stuck to the screen with her work opposite Grant Gustin on The Flash, which is dominating the Arrowverse — the DC superhero shows on The CW. Bringing a breath of fresh air, Candice puts her heart and soul into her acting to carry groundbreaking storylines and inspire her audience. The actress is just as wonderful as her on-screen persona, and her rise is a great example of how persistence can ultimately bear fruit.

I do think it’s important if you have means, whether that’s money or a platform, to do something with it. And I have a little bit of that so it’s my honor to find things and projects that I’m passionate about, and to use whatever I have to help those projects

Being a storyteller was always Candice Patton’s wish. ‘‘I’ve always loved stories, reading, TV and films since I was a kid,’’ she says. ‘‘I enjoy performing and I like being on stage. In a way, it’s like I get to disappear and become someone else, which I’m always trying to do since I’m a little socially awkward. I think being an actor kind of helped me get over that.’’ Once bitten by the performance bug, she was willing to do anything to become the actress she was meant to be, supported by her parents. ‘‘My dad was always a proponent of ‘do what you love and you will never work again in your life,’’’ she reports. ‘‘I don’t know if I ever thought it was viable. I think I was naive, which sometimes is the perfect recipe for kicking on huge dreams. We have one life and you have to do what you love and give it a shot.’’ 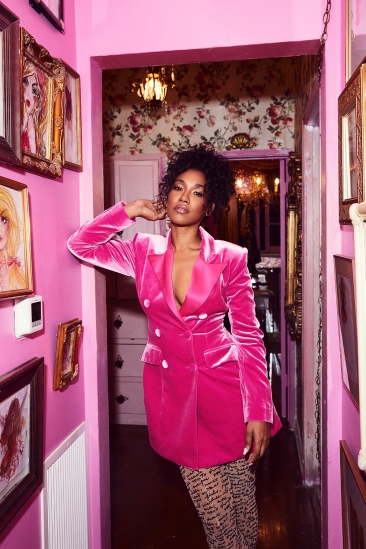 Candice made her television debut after being scouted for the soap opera The Young and the Restless, while she was still in college. She then moved full-time to Los Angeles to try her luck. Before landing the meaty project that is The Flash, the Texas-raised actress appeared on multiple TV shows such as Entourage, One Tree Hill and Grey’s Anatomy. However, after guest-starring for a few years, the actress was looking for ‘‘the next big thing’’ and a steadier project. The Flash happened at the right time for her. ‘‘I remember the email [my manager] said, ‘this one is yours, you’re perfect for this.’ It didn’t seem like it was thrown my way,’’ she clarifies, as she recalls that the casting process took place at the end of the year. ‘‘I got home for Christmas in Texas. I really thought it was dead in the water for me. I came back in the new year and they wanted me to come back in. Within two days I had the job, and it felt surreal.’

CHECK OUT OUR FULL STORY WITH CANDICE PATTON IN OUR ISSUE NO.15