Since her teenage years, Meghann Fahy has successfully climbed her way up in the industry. From her first job as an understudy on a Broadway musical to her main role on Freeform’s The Bold Type, the 29-year-old actress is the living proof that with talent and perseverance, you can always reach your goals.

“I was a singer my whole life,” Meghann starts when being asked about her first steps in the acting industry. At only 18 years old, she got cast as an understudy in Next To Normal’s Broadway musical, putting herself in the shoes of Natalie Goodman, played by Jennifer Damiano. “I started acting through that experience and I came to the conclusion that I wanted to call myself an actor and explore what it would be like to do that for a living.” Being an understudy has been a rich opportunity for the actress, who has learnt a lot during that time. “I think that it is one of the hardest job in this industry. You don’t really get much opportunities to live the role and everyone is comparing you to the person who you are understudying all the time,” she explains. “It was definitely difficult, but I’m so grateful to have had this experience because it changed the way I saw being in a role and interacting with the other cast members.” 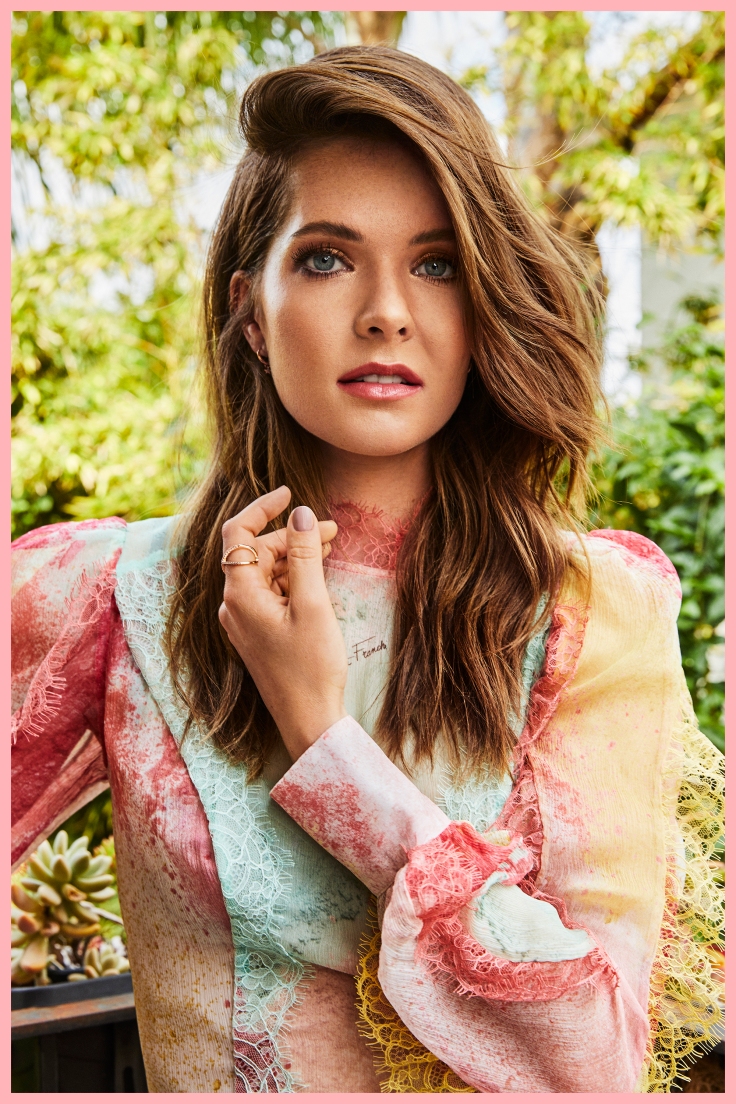 In 2017, Meghann landed her outbreaking role as Sutton Brady on the series The Bold Type, a fashion assistant at Scarlet magazine where her two best friends work too. Originally from New York, the actress flew out to Los Angeles to cast for the pilot. “I was out of my mind nervous,” she recalls. “When I flew back to New York, I had a bunch of calls and they told me that I got the part. That was pretty exciting!” The heart of the show is built around the strong friendship between Sutton, Jane (Katie Stevens) and Kat (Aisha Dee). Alike the fans, Meghann cherishes the bond that the three girls share in the show. “What I love the most is that they tell each other the truth about how they feel about things, and I think that is an important element of any relationship,” she says. “So I love seeing the girls communicate so well!” 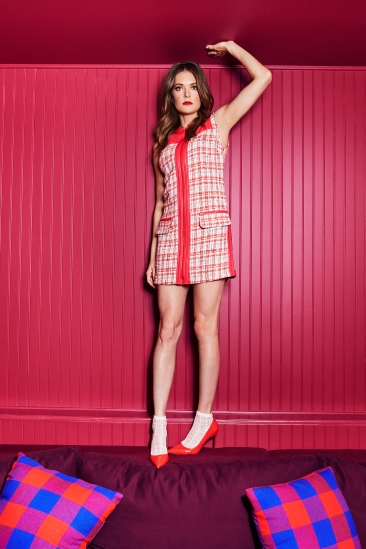 After working for 3 years as an assistant, Sutton took a leap of faith and decided to go for the Fashion Department in season 2. Reflecting on the challenges her character has to go through to reach her dream job, Meghann finds similarities between Sutton’s journey and her own. “When I booked the pilot of The Bold Type, I was nannying and working in a restaurant in New York, because making a living as an actor is really difficult. Sutton is also not necessarily working on something that she is passionate about so, I think that is something I can totally relate to.”

Moreover, the series tackles a lot of issues, such as slut-shaming in a work place and gun ownership. “With any issue, we try not to choose sides too much,” Meghan explains. “Obviously, for the slut shaming thing we took a pretty strong stance on that because it is unacceptable. But what I love about that episode is that instead of Sutton perpetuating that bad behavior, she confronts that girl and is honest. In the gun episode, we tried to show that there are many ways to be a responsible gun owner. We wanted to show that it is nuanced and start a conversation about it without heavily choosing a side.”

Season 3 of The Bold Type aired back in April and Meghann has been putting herself in Sutton’s shoes for 3 years now. “Sutton is going through a lot of things that I have already gone through,” the actress meditates. “When I was younger, I was so quick to assume that everyone knew better than me, and Sutton is sort of experiencing that right now, finding the value of her own voice and opinion. I’m thrilled to know that she is exploring that, but it is interesting to kind of go through that again with your character.” 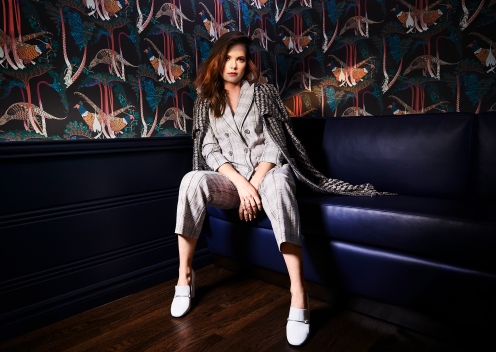 “We work really long days. So it’s exhausting and it’s a lot of time to spend on a set and around each other,” Meghan tells us about how her typical day at work looks like. But the three actresses can always count on each other and do their best to communicate as much as their characters. “Because so much of the show relies on the relationship between the three of us, we really make sure that we take care of each other.” To conclude our chat, Meghann shares with us her ambitions for the future. “One of the things that I’m really starting to think about is how cool it would be to do something that’s not acting, like directing or producing. I’m working on a screenplay with two of my really good friends who are writers right now and that’s really exciting!”