Multitalented Emma Dumont is on the road to success at only 24 years-old. Despite her busy schedule balancing her career, education, and many hobbies, Emma gives each and everything she is a part of one hundred percent effort, evident in the fact that she has landed multiple lead television roles, modeled across the globe, and danced in prestigious programs. In addition to her many professional endeavors, Emma is a musician and avid roller derby player. Due to her determination, Emma has accomplished so much, and is on track to continue this upward trend in her career and many other facets of life.

As a child, Emma began her performing career through dance. Shortly after, she joined a community theater in her home state of Washington. In regards to her start in acting, Emma said, “I kind of just fell into it.” Due to her early exposure to the arts, Emma found that this was something she was interested in continuing. “I grew up in musical theater so I always knew that I wanted to perform.” Fitting with her very persistent personality, Emma went after that dream all while modeling. “I was in Hong Kong modeling and I had to fly in to get called back for a film.” Regardless of her confidence, and extensive list of experiences performing, Emma felt nervous and out of place during her first few auditions. In reminiscing on her emotions at that time, Emma said, “What am I doing here? This is so crazy, I’ve never even acted before.” 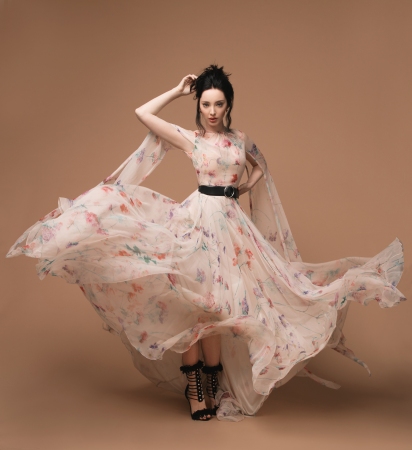 Through more practice and tireless work, Emma earned multiple roles, one of her most notable being Melanie Segal in ​ABC Family’s​ series ​Bunheads. ​This main role combined Emma’s love for acting and dance, as she appeared as a dancer at Paradise Dance Academy. In addition to this role, Emma played Polaris (Lorna Dane) in the series ​The Gifted ​on ​Fox. ​“Polaris is so complex. She changes so much from episode to episode or season to season.” This interesting character is the mutant daughter of Magneto, enemy of the X-Men, created by ​Marvel Comics. Despite the emotional struggles she faces, Polaris is a strong willed character. “She seems so tough on the outside but on the inside she’s broken like all of us,” says Emma. As for Polaris’ storyline, she is facing constant danger from those who are out to get mutants. “She finds out in episode one season one that she’s pregnant and everything just becomes higher stakes. She knows it’s dangerous, and knows she’s going to burst a hopeless child into a world that’s hunting her.”

According to Emma, this was a very exciting role to play because of her love for ​Marvel​, but also because she could relate to Polaris’ personality. “We align so much on so many different things. She’s a very ‘take action’ type of girl. She doesn’t want people to silence her. She doesn’t believe in these injustices done against minority groups.” Unfortunately, Polaris faces much more extensive injustices than those that worry Emma. “It’s not just people that are prejudice, or people in the south, or people that don’t live near them, or people in small towns or minorities. It’s actually the government agencies who are hunting the mutant children.” Emma found this role to be a great expressive outlet especially at the time that the season was being filmed. “It helped me a lot because during season one, the political climate of the U.S. was changing and I had of all this anger inside of me and all these emotions in real life, and I got to go to work and express those. That was very therapeutic for me.” 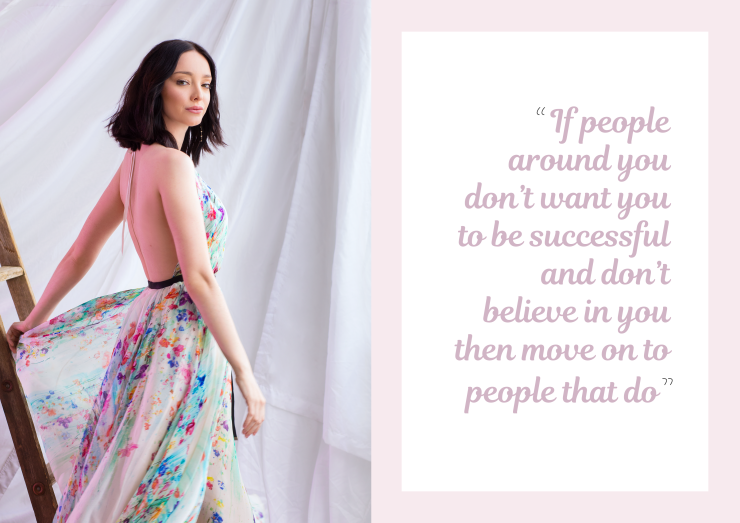 Another large role Emma took on was passive Emma Karn on the drama series ​Aquarius. ​Unlike her experience with Polaris, Emma struggled to take on the personality of this character at times. “Emma Karn was a character that I didn’t understand anything about. Not one decision or piece of dialog, or anything she did or said, did I understand on a human level.” In an effort to better understand her role, Emma searched for qualities of Emma Karn that she could connect to but later decided that she was capable of stepping away from her own persona to act as her character. In regard to a statement that many actors and actresses make claiming that everyone can relate to at least one portion of their character, Emma disagreed. “I don’t believe in that, I don’t have to justify this. This girl joined a murderous cult and she left a totally lovely life of wealth and privilege behind.” 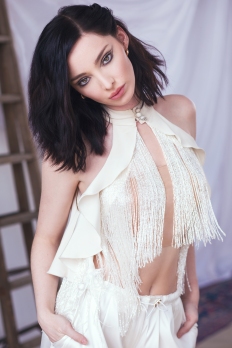 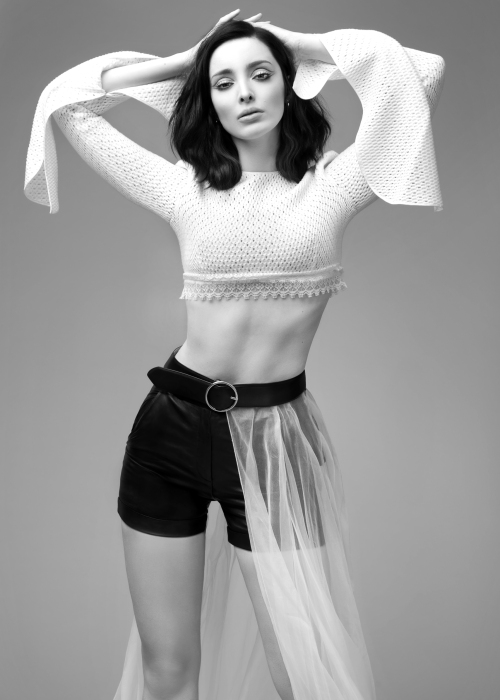 For this role, Emma had to learn the mannerisms of a woman in the ‘60s, being that this series was based off of the investigation of cult leader, Charles Manson during that period. When asked how she prepared for this role Emma said, “I watched a lot of period films. Women talked very differently back then.” She quickly adapted to the role despite the challenges that Emma Karn’s character presented. One more significant role Emma held was that of Razor, in the upcoming film based off the Razor ​comic series written by Everette Hartsoe. As for what’s to come according to Emma, “This film will be a trilogy. The first one is for origin story.” As the title character, Emma displays an array of emotion throughout her journey. “A tragedy happens in her youth, and she’s put away in a mental institution for a decade. She gets out and she’s an adult, grown women. ” Due to the hardships Razor faces, her vulnerability is evident. Emma describes Razor as having the “innocence of a dog or a child, but the power of a warrior.” 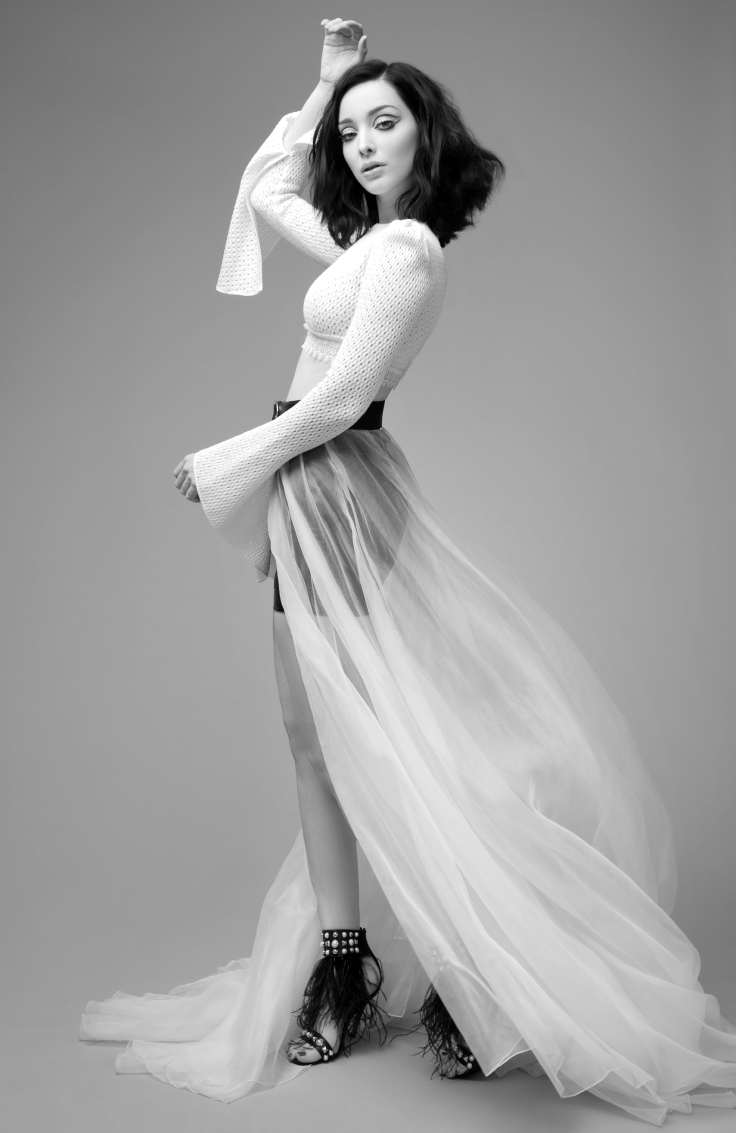 Furthermore, Emma has displayed excellence as a classical violin and viola player, dancer, and roller derby player. Each of these interests have brought about important lessons in Emma’s life. As for dance, during her time studying and practicing at the ​Bolshoi Ballet Academy in Moscow, Russia, Emma learned that there are things in life that you will be good at, and things that won’t come as naturally. ​“You’re either successful or you’re not successful, I think that’s important to remember.” However, Emma also understood through her experience with roller derby that if there is something you enjoy but don’t get at first, you must work hard to achieve it. “When I started playing roller derby, I was that girl at birthday parties at the roller rink who couldn’t even stand. I always thought I will never ever be a roller skater, I’m not coordinated in that way. I woke up one day and I was like no, I am going to be a roller skater, in fact, I’m going to play a sport that happens on roller skates.”

On top of all of this, Emma has been working towards her lifelong dream of pursuing a career in engineering. “In my teen years, I really wanted to be an architect or engineer.” She has participated in the FIRST Robotics Competition, an international robotics tournament, as a participant and a mentor. According to Emma, her support system has been a huge part of her success. “If people around you don’t want you to be successful and don’t believe in you then move on to people that do.” Emma’s accomplishments appear to be incessant, especially in the near future. As an acclaimed young adult herself, Emma’s advice for those trying to achieve their own dreams is to not give up. “Keep going, believe in yourself. Don’t stop working at it. I truly believe that anything is possible if you persevere and work really, really hard.” And in regards to the measure of success, Emma shared, “All you need is to find friends and family who love you, and support you, and that’s what success is.”