23-year-old actress, musician and recording artist Ajiona Alexus is making waves in the entertainment industry. Her name has been under the spotlights since the release of Netflix’s critically acclaimed drama series 13 Reasons Why last year. With the massive impact that the show has left on the viewers across the world, Ajiona became one of the breakout stars to follow as well as a role model using her large social media following to guide youth in society and promote girls empowerment. ‘‘It’s something I was always mentally prepared for, and I know I still have so much further to go. But with the support of my family, and just the support that I have around me, it has been very easy,’’ she says about her sudden rise to fame.

Ajiona’s interest in the world of arts started from an early age, as she has always been surrounded by creatives. ‘‘My dad’s family, they are all singers so I grew up around them always singing non-stop,’’ she recalls. Born and raised in Birmingham, Alabama, Ajiona started off in sports, playing basketball and soccer before getting into acting at the age of 6. ‘‘I was too rough so my parents put me into some acting classes,’’ she tells. ‘‘I remember of my dad, he first gave me a monolog, probably like two pages of songs. I was 8 and he told me to learn it. And I learnt it in like 3-5 minutes. That’s how he knew that I had like a god-given talent. So they started putting me in acting classes and I took performing arts in high school.’’ In addition to that, Ajiona attended summer camps but she was never happy there until she finds out about performing arts summer camps. ‘‘I was so excited to go the next day. I never complained about it.’’ 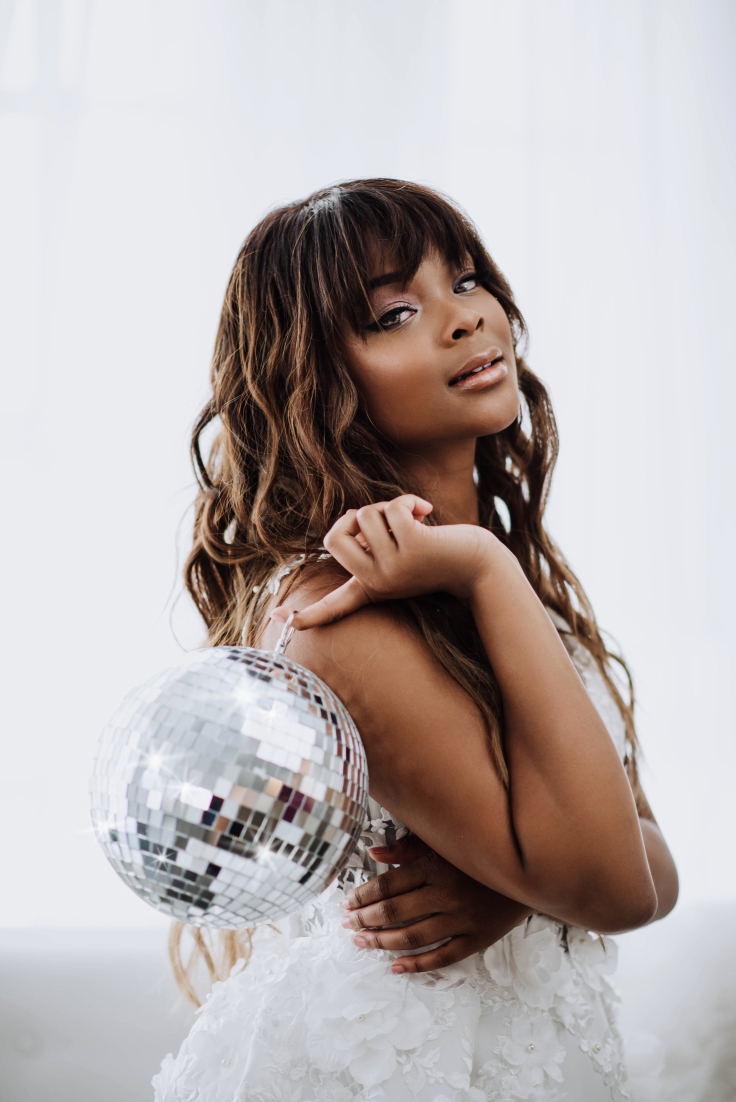 The opportunities and possibilities are endless as long as you’re putting it in the work. Sometimes you have to create your own path, and it takes just that one person to believe in you

Before technically residing in Los Angeles, Ajiona was balancing her time on the East Coast between Alabama and Atlanta when she was still a teenager, always going back and forth to audition as much as she could and try to land a job. ‘‘My dad was with me every single step of the way. It wasn’t like I was ever alone. He has definitely made my journey a little more easy,’’ Ajiona states. ‘‘Then we flew to LA to get an agency, and get more jobs. It was really challenging to get into that world. But I was so blessed to have such a supportive family. It was just a matter of having to accept those no’s but not letting those no’s ending your career. You just have to keep going until you get that one yes.’’