Second oldest child and only girl of the Lynch siblings, Rydel Lynch’s rise to fame in the entertainment industry lead her to become a huge role model for her generation. Revealed as the only female in the popular pop rock band R5 that she has formed with three of her brothers and their common friend Ellington Ratliff, Rydel shows us now her positive and fresh personality outside of music as she posts videos on her YouTube channel every week and welcomes her fans to her fun life. On top of that, she has also recently launched her own clothing line RYDEL.

Originally from Littleton in Colorado, Rydel’s interest in the creative world started at an early age. Following in the footsteps of her cousins Derek and Julianne Hough, Rydel has been creating with her brothers for as long as she can remember. ‘‘Since we were little, we were making music videos in the backyard, on top of the house, in the garage. We would go off to my grand aunt’s cabane in the woods, and my oldest brother Riker would go like full-director mode and we would literally shoot an entire movie,’’ Rydel tells. ‘‘All of us love music, we grew up with music in the house all the time.’ 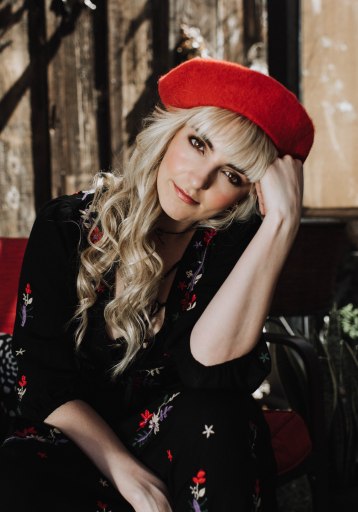 As the entire Lynch family got driven by the music world, it is not a surprise that it ended up being the main family business. ‘‘When I was little, my brothers started playing instruments and they really needed a piano player. That’s kind of where the whole entertainment thing started,’’ Rydel recalls. ‘‘Then when we got a little older, we formed a band and moved to LA. We started auditioning, we got agents, pursuing our love for the entertainment industry. And one thing lead to another.’’