American electronic dance music band from Illinois Krewella have been hitting the EDM world since 2007. Lead today by the Yousaf sisters Jahan and Yasmine, Krewella’s girls have never hold anything back to be where they are today. When they took the music industry by storm in with their EP Play Hard, reaching the first place on Billboard’s Dance Radio Airplay chart, fans all over the world started to accumulate like wildfire. More than 10 years after their debuts as a band, Jahan and Yasmine are back stronger than ever to use their sound to spread a message of tolerance and inspire other female artists not to be afraid to raise their voice. ‘‘I’d love the people who listen to our music to hear the message that we’ve put in and walk away more open-minded. I’d hope that our music brings them to a more peaceful place,’’ Yasmine comments.

Our current sound represents this merging of two worlds

Born to a mother who was an artist and a dad who was music lover, Jahan and Yasmine grew up in a very creative household. ‘‘We were exposed to music, from classic rock to Bollywood music and new rave,’’ Jahan says. As a consequence, it was no coincidence that both sisters ended up being interested in doing music. ‘‘It has really happened because we fell into it and we loved it. None of our parents didn’t push us into anything. It was something we were passionate about.’’ 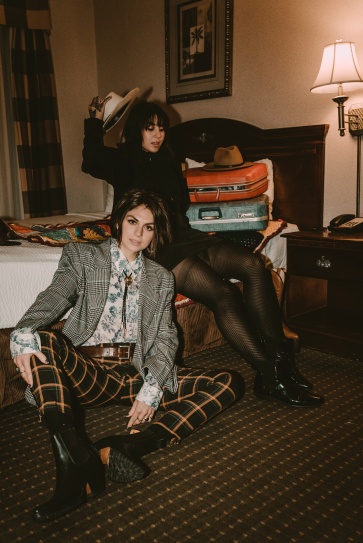 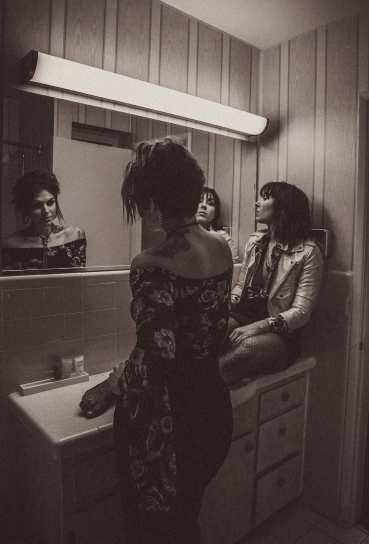 Having family involved in anything keeps you grounded

Looking back on what drove them to join their forces and found their own band, Jahan and Yasmine state that it was above all a passion project. ‘‘It pretty much started as a hobby. We were also in school, we had side jobs at the time and it took us a couple years to decide that we want to pursue music full time,’’ Jahan recalls. ‘‘So we took the risk and dropped-out school, and we quit our jobs to turn it into a full-time opportunity for us,’’ she goes on. ‘‘At one point me, Jahan and our former member Rain Main decided that we had to either try and go all in with it, or not pursuing it at all. So we decided to go 100% with it. That was back in 2010. And from there we kept working every single day, we made our music a full-time job and everything else was on the back burner. Like Jahan said, it fell into what it is today,’’ Yasmine adds.