Multi-talented performer Sofia Wylie is taking the arts industry by storm, at the age of just 14. Appearing on the hit Disney Channel’s Andi Mack as Buffy she has gained a huge following in acting, dancing and modeling. “I guess I’ve always been attracted to the arts, I just love to perform,” she says.

The creative field can be a scary place as Sofia found at dance class. “When I got there I cried because I was scared. It was when I realized that all I had to do was pretend I was in my room playing, then I finally came out of my shell.” It’s a good thing that Sofia’s parents took her to dance class as she made it onto America’s Got Talent. “I didn’t realize it was a big deal at the time. But what I didn’t realize until after, is that millions of people would be watching. I was more nervous at home watching (it on TV) than I was on stage!” Despite being so talented in many other creative areas like dance and modeling, Sofia has “always wanted to be an actress in featured films” and maintained that goal throughout her career. 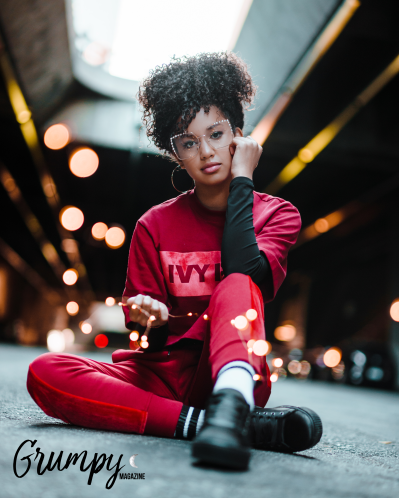 Be kind and everything else will work out just fine

Today, Sofia shines in Andi Mack, that made Disney Channel history with their LGBT storyline and at such a young age, Sofia was a part of that epic moment with her co-star Joshua Rush (Cyrus). “The scene was one of my favorite scenes to act in. As a public figure I try to inspire young kids to be who they are.” As an actress it’s important to showcase your raw talent with written storylines and the writer’s of Andi Mack have allowed Sofia to show her range in acting. The audition process to get the part of Buffy was very long for Sofia. ‘‘It took about two months. It was one of the hardest things I’ve ever done, but also the most rewarding.’’