Multitalented Jesse Metcalfe has taken the screen by storm through a regimented lifestyle and years of practice in performance. By bringing his skills as a singer to the set, and collaborating with many influential actors and actresses, Jesse has brought his career to the next level.

Jesse’s start in the acting industry was not actually within the industry at all. As a high schooler in Connecticut, Jesse was introduced to modeling. Later, as his career progressed, he began traveling to New York for work. ‘‘I went to a model search, got an agency and started traveling from Connecticut where I grew up into Manhattan via train to go on castings. I would book little jobs for Seventeen Magazine, YM, and got some commercials and some campaigns.’’ Once Jesse graduated from high school, he relocated to New York more permanently, and attended New York University Tisch School of the Arts studying film directing and writing. Ultimately, Jesse mentions that it was at this school that he discovered his love for acting, leading him to start auditioning for different roles. ‘‘I took a couple of acting classes and sort of was inspired. I caught the acting bug.’’ 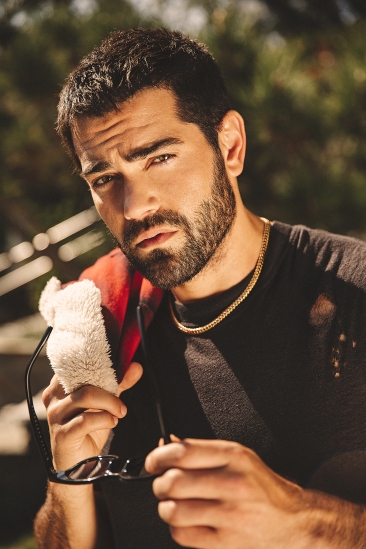 On Jesse’s second audition, he ended up landing his first acting role in NBC’s television show, Passions. In this ‘‘supernatural soap opera,’’ Jesse played a character with a complicated love life named Miguel Lopez-Fitzgerald. It was through this role that Jesse developed a basis for the future acting he would take part in, and first established a name for himself in the industry. One of the more unique parts of this experience for Jesse was getting casted for this role. ‘‘I was in my junior year at NYU and I went to an open casting call for Passions. I wasn’t given any of the materials beforehand,’’ says Jesse. ‘‘I got there, they gave me the scene, they gave me 20 minutes to look at the scene in the lobby. I went in and I read the scenes with the casting directors there, and I could see that they saw something that they were interested in.’’ 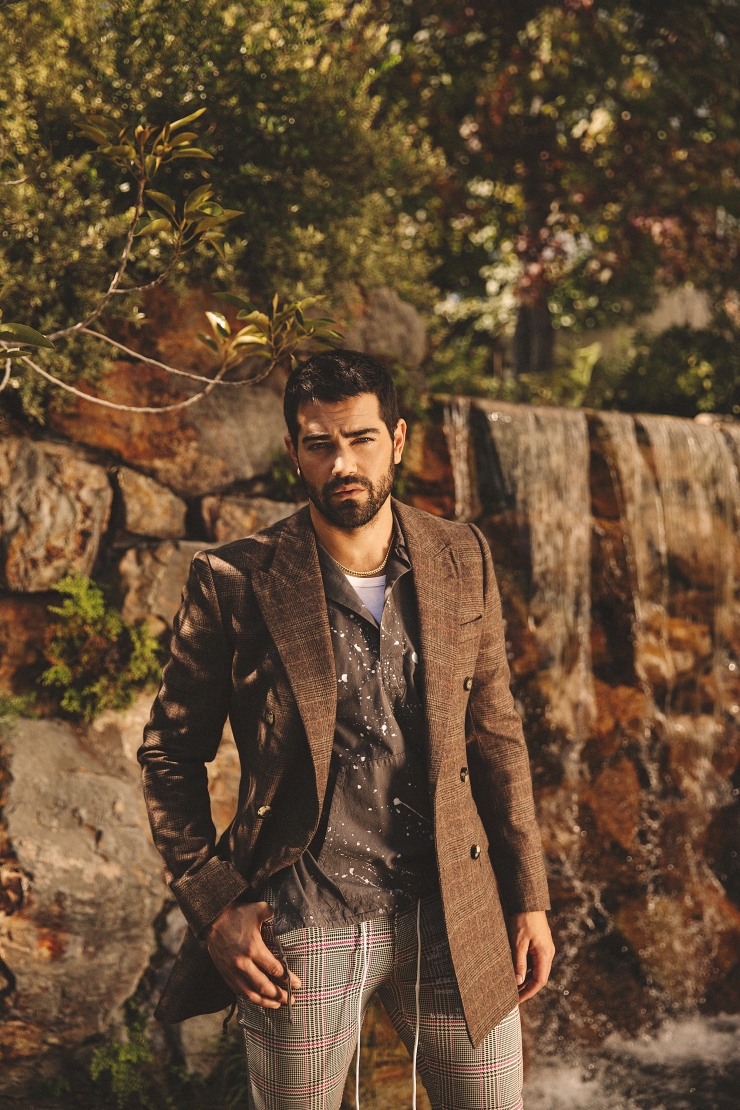 Following his audition, Jesse received a call: the casting directors wanted him to fly to Los Angeles for a screen test. ‘‘I worked with an acting coach in New York, I flew out to Los Angeles, I screen tested. The day I got back, I got a phone call, like a strange cryptic phone call of someone being like ‘Oh, so and so wants to talk to you, you might need to come back to Los Angeles,’ and I was like, ‘What do you mean I might need to come back to Los Angeles? I’m in college I have another year.’’’ With that, Jesse completed his final exams early, and flew back to Los Angeles to accept this role, finishing his junior year, and beginning his career in acting. Once the filming process began, he found it to be a challenging but rewarding experience. ‘‘What an unbelievable training ground it was,’’ says Jesse. Now, looking back at this role, he acknowledges that he has learned a lot. ‘‘I’ve gone back and looked at some of those clips from the first seasons of Passions, and I didn’t have a clue what I was doing but I had the time of my life,’’ he recalls with some humor. ‘‘It gave me some foundation in the craft of acting, taught me how to memorize a lot of material quickly, and I have some great friends that I’m in touch with to this day.’’

Some of Jesse’s other popular roles are John Rowland in the television show Desperate Housewives, Chase Carter in Dead Rising: Endgame, and Dead Rising: Watchtower, and Christopher Ewing in the series Dallas. In addition to that, he took on the role of John Tucker in John Tucker Must Die.This film, depicting three girls breaking John Tucker’s heart after he has wronged them, is one that Jesse takes a lot of pride in. Considering this film’s popularity, Jesse was very pleased with the wide audience it reached. ‘‘It was a big studio film that I feel like I successfully carried, and people enjoy the movie to this day,’’ says Jesse. ‘‘It has really stood the test of time.’’

As for how Jesse spends his time outside of his job, he explains to have a very regimented morning routine of preparation and solidarity. ‘‘I’m an early riser. I’ve always been since I was a kid.’’ Each morning, the actor gets ready for his busy scheduled days. ‘‘I have my coffee and I read and play guitar, I wait for the stock market to open on the West Coast at 6:30 in the morning, and check my portfolio.’’ After Jesse has completed these things, he is sure to get in a work out at the gym. ‘‘For some reason physical activity really centers me,’’ he says. ‘‘I love to box, do mixed martial arts and weight train and run, all that kind of stuff.’’ Then, when it comes time for work, he is extremely dedicated to his craft whether that means studying lines or practicing music. ‘‘I also take guitar lessons like every day, so that’s a big part of my life.’’

Although not a necessity in the acting field, Jesse’s musical skills have set him apart from others in films and television series. Especially in the multiple work he has done with Hallmark Channel, Jesse’s guitar playing skills and musical knowledge have made him the ideal actor to play country stars, from his role in A Country Wedding in which he reunites with a friend from childhood, to depicting a former country artist in Chesapeake Shores. This past November, Jesse had the opportunity to work with actress Autumn Reeser again after previously co-starring with her, in another Hallmark Film titled Christmas Under the Stars. ‘‘She’s a great actor, we’re great friends, we work well together.’’ According to him, chemistry between actors is a very important characteristic of these films, and that this is something actors can work on. With Autumn Reeser, Jesse reports they both worked for that chemistry, as seen in this recent film. ‘‘I think that we both take what we do very seriously, and we create great chemistry on the screen. I think that happened again with this movie.’’

As for what’s to come in the near future, Jesse just recently worked on an independent film called The Latin from Manhattan, and the actor describes this project as ‘‘the most inspiring on set experience’’ he has had. ‘‘That’s the Vanessa Del Rio story, and it had a very synergistic filming experience with the writer/director who’s since become a great friend.’’ Therefore, Jesse admits that he felt very confident working on this set. ‘‘I feel like I did incredible work in this movie, and I don’t know exactly when it’s going to come out maybe sometime next year, but it was really one of the first times that I felt that a director I was working with believed in me 110 percent and saw my talent.’’

Jesse’s unstoppable momentum is set to bring upon even more successes for him in the future. He is also slated to star in the Hallmark series A Beautiful Place to Die: Martha’s Vineyard Mystery which is set to premiere January of 2020. With his incredible work ethic and passionate attitude, Jesse is sure to keep inspiring and entertaining many through the projects he helps in creating.